Let us consider the example of this Giraffe, who has to resort to inconvenient postures to be able to quench his thirst: 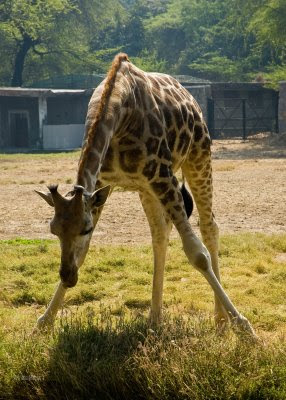 By the next photo, it seems to have realized the absurdity of its posture and is asking me "What is so funny? Be thankful that you don't have stick-like front legs." 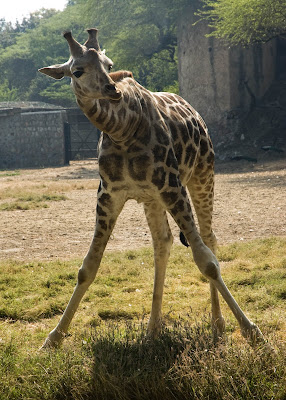 Now what it chooses to do with this realization will decide whether this Giraffe is going to be a "Jonathan Livingston" Giraffe. A giraffe doesn't usually sit down because it cannot quickly get up and get going. This giraffe can accept that this is what it has and learn to make the best of it. Or it can decide to explore whether there are other possibilities. For example, it can exercise its knees and make them strong so that it can sit down and get up as quickly as a deer.