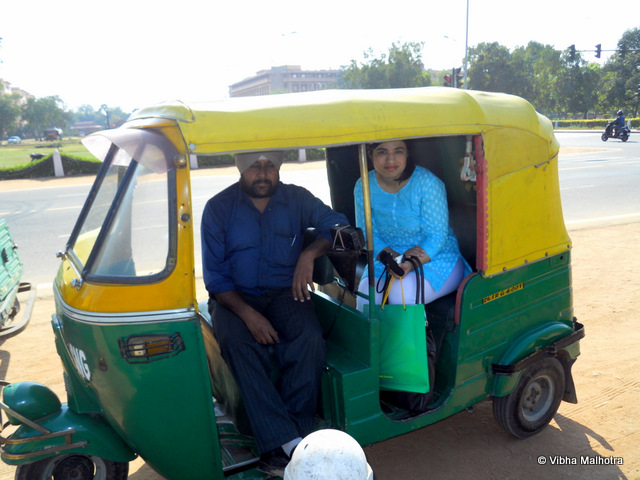 Daleep Singh has been driving autorickshaws on Delhi roads since 1993. Born and brought up in Delhi, he has seen the starting prices of a ride in the auto rise from Rs 3 to Rs. 20 now. Nowadays, he and his auto can be found plying between Central Secretariat Metro Station and India Gate. Though he's happy this way, he prefers to take tourists on Day-long trips around Delhi during which he shows them India Gate, Qutb Minar, Humanyun's Tomb, Rashtrapati Bhawan and almost all other monuments of Delhi. He earns about Rs. 1000 - 1500 for this kind of a trip.

It was his birthday on Saturday November 12th and he turned 40 that day.