"The Opium Toffee" by Khushwant Singh || A love story that transcends violence, oppression, addiction, and guilt 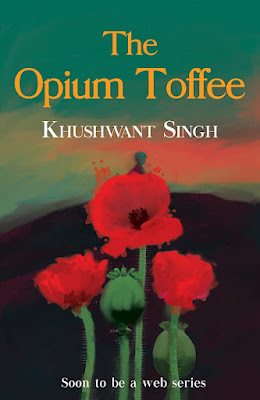 Woven around the turbulent Punjab of the 1980s and London and Mumbai of 1990s, The Opium Toffee, in spirit, is a love story. Shabnam Singh, a supermodel from India, chances upon the boyfriend of her teenage years, Ajit, in London, begging in the streets. What is most surprising about this encounter is not just Ajit’s decline, but that he had gone missing almost a decade earlier from Chandigarh, and was presumed dead. During the process of rehabilitating Ajit, Shabnam unravels the story of their past, in the process bringing to light tragic events involving violence, drug abuse, oppressive patriarchy, and malevolent politicking.

The author’s keen eye for details makes the fields of rural Punjab, the schools and houses of Chandigarh, and the opulence of luxury London hotels come alive in vibrant colors. After living through a realistic portrayal of the pastel-hued world of young romance juxtaposed against times that were getting more and more unpredictable with each passing day, through Mr Singh’s highly visual prose, I found it easy to overlook the slightly Bollywood-like beginning when Shabnam identifies Ajit through a song he used to sing in his school days. Even here, one cannot but praise Mr Singh for his ability to bring scenes to life as the reader turns pages.

Shabnam Singh’s open challenge to the rampant patriarchy, her rise to glamour and fame against all odds, and her capacity to love and forgive make this more Shabnam’s story, than Ajit’s. And this is where the author is the most successful as well – despite the morbid times a large part of the story is set in, the author is able to tell a compelling tale of triumph, bravery, large-heartedness, and, above all, forgiveness. The book, therefore, leaves the reader with a feeling of redemption and peace.

Another note that I would like to add to this review is about an inspiring initiative Mr Singh undertook while this book was being published – he made The Opium Story go green. He approached the Hoshiarpur Literary Society, who in turn collaborated with the Punjab Forest Department, to plant 1500 saplings to offset the release of greenhouse gases that happens during the publishing process. Click here to find out more.

The book is soon being made into a web series. This is the third of Mr Singh's books to be adapted to  visual medium. Other books by the author that are being adapted are Maharaja in Denims (historical fiction based on the life of Maharaja Ranjit Singh) and Turbaned Tornado (biography of veteran athlete Fauja Singh). Mr Singh is also the author of The People's Maharaja (authorized biography of the former Punjab Chief Minister Amarinder Singh).